You can scroll the shelf using ← and → keys 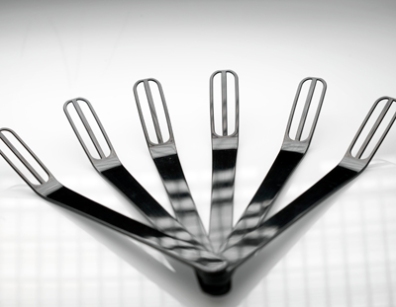 In 2007, I set out to produce a sushi making kit, for the Danish market. It was produced in Singapore, Thailand, China and shipped to Denmark. The sushi kit is today sold by sushishoppen.dk.

We saw a growing interest in making sushi at home with the family and friends. So the project became; make sushi kit so that everybody can make nice sushi, without having any prior skills or education in sushi making.

Here is the final result as it looks today: 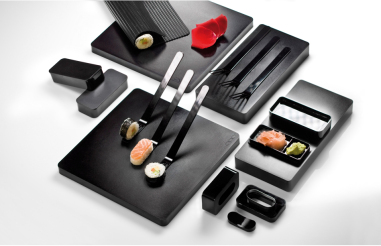 The final design ended up like a Chinese box, where everything was packed together inside, to optimize for space and later easy storage in the shelf. 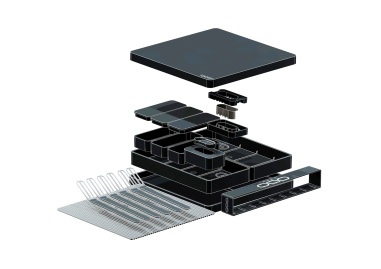 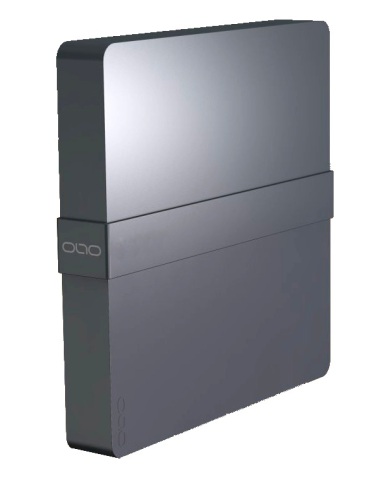 But I need to take you back in time, to when I had the early ideas in 2005. I was doing a lot of sushi but I missed some very stylish equipment, that was in a Scandinavian design. I felt that all the Japanese tools was nice, but they didn’t follow a simple minimalistic style. 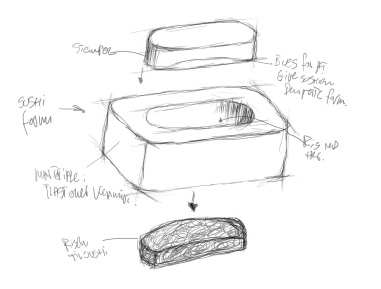 So, soon after in 2006, I did a concept of a sushi kit that had the tools for doing sushi, how I would like it to be.

It was simple, clean, solid and minimalistic stylish in black, white and industrial ceramic .

From the beginning I was very fascinated about the idea of doing a very nice knife in ceramics, and I later did a concept on just knifes in ceramics. 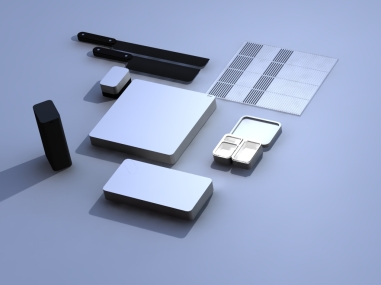 I kind of like the first concept idea from 2006, it was very solid and it just the things you need.

The major point of the sushi set was to be able to create nice sushi’s by cutting out the fish in a nice shape, and here’s my first idea for how the knife should work.

and here’s how it ended up looking in the final product. 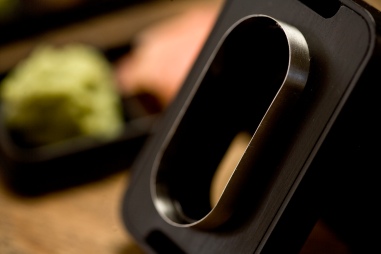 During the creative process I realized that the thing to hold the wasabi, soya and ginger pickles, I first thought of, took too much space, and could be made more simple then the first concept.

and here is some nice shots of it.

Then we talked about that it would be nice to have some tray to serve sushi’s on, not just a cutting board. Thats how I came up with the top and buttom tray to make the outer box, and I solved the problem keeping all the things together in a nice package.

After a long discussion about chopsticks, we came to the conclusion that for super beginners in making sushi, they would probably prefer not using chopsticks.

My solution to the problem was that I designed a special, the sushi fork.

The fork is extremely flexible in the head, and slips easily under the small sushi. 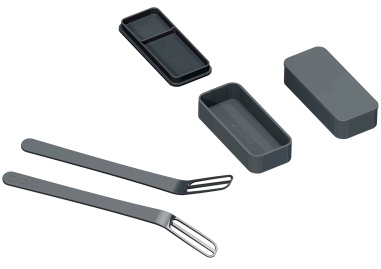 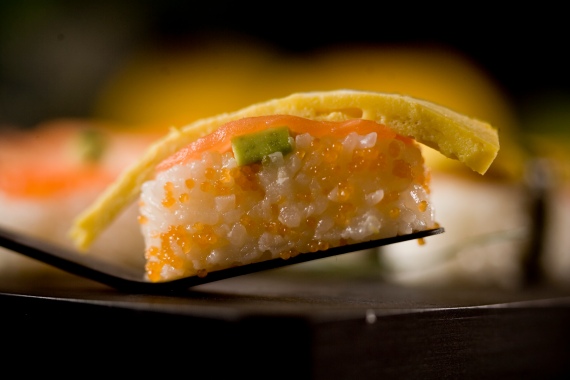 After two weeks of intense drawing and talking back-and-forth, we had the final concept ready. 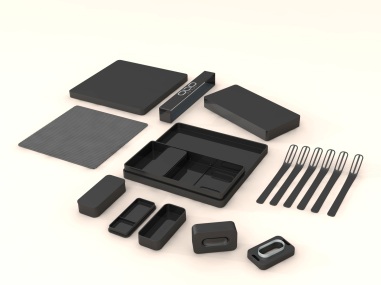 The whole project was finished in just 7 months, from first drawing to approval of concept prototype to mold making and production of altogether +70,000 parts.

We started in April 2007, and I delivered 3500 boxes in November 2007 in Denmark, by boat from Thailand. This achievement would not have been possible without a very good supplier who helped me on the way, and my very intense supply management with visual inspection guides, sourcing of special food safe and dishwasher safe plastic material in singapore and meetings with mold makers, QA people that the factory in Thailand and teaching off the staff on the ground floor. 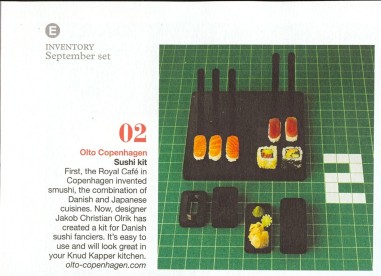 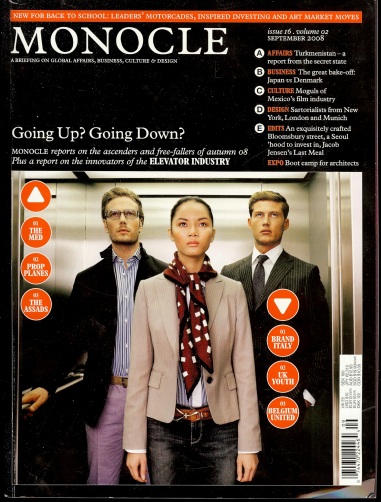 I also did a “Home style” cooking program for YouTube… it worked quite well.

I am very interested in the 2008 Designing The OLTO Sushi Kit, posted November 30 2010, can you help/guide me as how I may purchase some.
You kind reply is highly appreciated.
Thank you.

Sorry for the late Reply, I’m not sure it’s for sale any more.